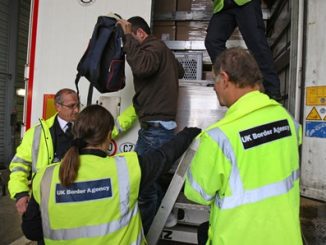 Hauliers will stop bringing goods into the UK if the government ploughs on with proposals to levy fines of £2,000 per stowaway found in vehicles, regardless of the security measures taken, Logistics UK has warned.

A consultation into the controversial plans ended yesterday (6 May) with ministers wanting to overhaul the current clandestine civil penalty regime.

The proposals include increasing the maximum £2,000 penalty; introducing an additional new penalty to fine hauliers for not securing their vehicle, regardless of whether an illegal migrant was found on board or not; levying penalties on drivers and firms where a migrant is discovered, regardless of the load security measures used and reviewing the accreditation for hauliers who are repeatedly found in breach.

“It is unacceptable that the criminals responsible for people smuggling are not always adequately penalised for their harmful and life-endangering actions,” the consultation said.

“To stop the deaths, we must break the business model of the people smugglers.

“To do so we must better deter illegal migration and strengthen the protection of our borders.”

But Logistics UK criticised the government’s plans, describing them as “unrealistic” and said responsible operators and drivers were also victims.

Chris Yarsley, the group’s policy manager, said: “Logistics UK strongly opposes the government’s proposal to expand the existing penalty scheme to any haulier found with an illegal migrant in their vehicle, regardless of their compliance with load security standards or accreditation schemes.

“When an individual takes all reasonable measures to mitigate the risk of illegal entrants, it is unfair to deprive the vehicle operator of any defence and simply issue an automatic penalty, the cost of which will be prohibitive for many smaller operators.

“The detection systems used in ports are not themselves fully effective in locating people hidden on board a vehicle; it is unrealistic to expect hauliers and drivers, who are neither trained security staff nor immigration officials, to outperform government agencies.”

Yarsley added: “These proposals could have a significant impact on supply chain operations by deterring businesses from bringing goods into the UK, in addition to reducing the attractiveness of HGV driving as a career option, at a time when the industry is suffering deeply from a worker shortage.”

The Home Office said it was currently analysing feedback to the consultation.

I am looking for HGV Drivers

This website uses cookies to improve your experience while you navigate through the website. Out of these, the cookies that are categorized as necessary are stored on your browser as they are essential for the working of basic functionalities of the website. We also use third-party cookies that help us analyze and understand how you use this website. These cookies will be stored in your browser only with your consent. You also have the option to opt-out of these cookies. But opting out of some of these cookies may affect your browsing experience.
Necessary Always Enabled
Necessary cookies are absolutely essential for the website to function properly. This category only includes cookies that ensures basic functionalities and security features of the website. These cookies do not store any personal information.
Non-necessary
Any cookies that may not be particularly necessary for the website to function and is used specifically to collect user personal data via analytics, ads, other embedded contents are termed as non-necessary cookies. It is mandatory to procure user consent prior to running these cookies on your website.
SAVE & ACCEPT